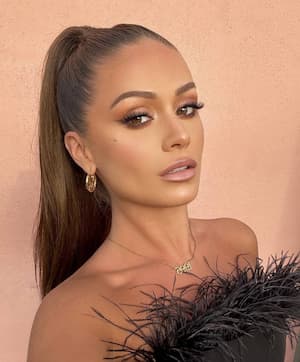 Olivia Hawkins is an actress and ring girl. She is also a reality tv star known for appearing in the 9th season of the reality tv show Love Island. She appeared in an episode of the British television soap opera EastEnders.

The actress stands at an average height and is of moderate weight.  She has dark brown hair and beautiful brown eyes. Further details about her body measurements will be updated.

Hawkins was born and raised in Brighton, East Sussex, England. She was born to her parents whose information she has yet to disclose. The actress has been quite discreet about her personal life, therefore, not much is known about her.

In the interviews, the actress disclosed that she has never been in a relationship before.  She went ahead to state that, she is now ready to be in a relationship, hence, her decision to join the reality show.  She is hoping that she will find love through the show.

Hawkins is one of the hot singles to contest in the 9th season of the reality tv show Love Island. The show premiered on the 16th of January 2023 and is filmed in Capetown, South Africa. It is hosted by Maya Jama and narrated by Iain Stirling.

Some of the contestants appearing on the show include; David Salako, Zara Lackenby-Brown, Kai Fagan, Tom Clare, and Will Young. Olivia, in addition to being a reality star, is an actress and a ring girl for KSI. She has appeared in an episode of the British television soap opera EastEnders. She also played a waitress in a James Bond movie and filmed with Jason Statham.

The actress has not yet disclosed information about her net worth. This information will be updated soon.