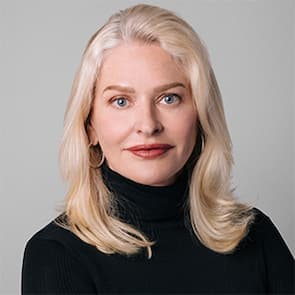 Sharen Jester Turney is an American global business leader and former president and CEO of Victoria’s Secret. She is best known for leading the 7.7 billion company for a decade and as a result, increasing sales by 70%. In addition, she was named the fourth highest-compensated female executive in the United States.

Details about Sharen’s height are currently not available. We will however update this information as soon as it is available.

Jester was born in 1956 in Ardmore, Oklahoma. Her father was a cattle rancher and her mother was a teacher and nutritionist.

Jester has been married to her husband Charles for more than 25 years. They have one child, Matthew and they reside in New Albany Ohio, USA.

She studied at the University of Oklahoma where she graduated with a Bachelor of Arts Degree in Business Education with a minor in public relations. After graduating, she began her career as a buyer for Forley’s, a department store chain in Houston, Texas.

Consequently, Turney plays an advisory role around the globe, for example, London-based Marks and Spencer, Gloria Jeans in Russia, and Cosmo Lady in China. She is also on the board of directors for Sweden-based global band, Happy Socks and US-based Alliance Data Systems. In December 2018, she became CEO of a private apparel company, Gloria Jeans.

While working with Victoria’s Secret for over a decade, Jester increased company sales by 70%. In 2013, Bloomberg named Turney the fourth highest-compensated female executive in the United States. Her net worth is therefore estimated to be about $5 million.