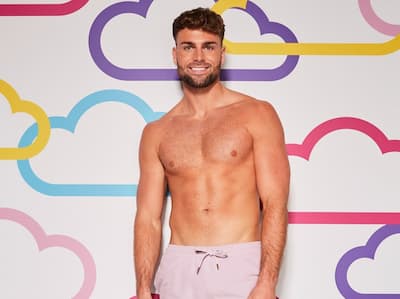 Tom Clare is an English football player and reality tv star. He plays forward for Macclesfield F.C. He is one of the cast members in the 9th season of the reality tv show Love Island. The show premiered on January 16, 2023. It is filmed in Capetown, South Africa.

Tom stands at an estimated height of 6 feet 5 inches. The footballer is of moderate weight and muscular. His hair is dark brown in color and his eyes are blue.

Clare was born and raised in Barnsley, South Yorkshire, England.  He has not disclosed any information about his parents and siblings if he has any. This information will, however, be updated.

The footballer has not disclosed much about his past relationships. He joined the reality show with hopes of finding love and eventually being in a committed relationship. In the first episode of the show, Clare coupled up with the beautiful Olivia Hawkins.

Tom started his football career through the academy at Barnsley. From there, he joined Bradford City in 2018. He later joined Boston United on loan. He signed a contract with them in June 2019. In November 2019, Clare left the club.

He signed with his current club Macclesfield FC in June 2021. Clare asked for permission from his club to join the reality tv show Love Island. He was granted permission by the club’s owner Robbie Savage.

Clare is one of the hot singles to contest in the 9th season of the reality tv show Love Island. The show premiered on the 16th of January 2023 and is filmed in Capetown, South Africa. It is hosted by Maya Jama and narrated by Iain Stirling.

Some of the contestants appearing on the show include; David Salako, Zara Lackenby-Brown, Olivia Hawkins, Haris Namani, Will Young, Anna-May Robey, Kai Fagan, and Ron Hall.

Clare’s net worth is estimated to be in the range of $500, 000 – $ 1 million. He has gained his wealth from a successful career as a football player.