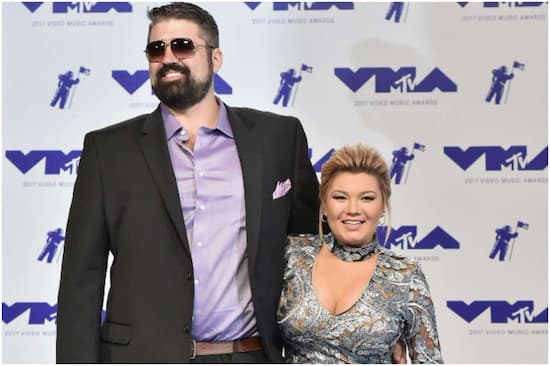 Andrew Glennon is an American cinematographer who came to the limelight for being in a relationship with Amber Portwood a reality tv personality. Amber is best recognized for starring in the reality tv show 16 and Pregnant in 2009. Andrew has worked on several films including; The First Date, Kiss Kiss, Silent Sea, and Takers.

Glennon is a man of tall stature. He stands at approximately 6 feet 7 inches. He weighs about 87 Kgs. His hair is grey with shades of black and white. His eyes are dark brown in color.

Andrew was born and raised in Malibu, California to his father James Glennon, and his mother Charmaine Vitus. Seems like he got his skills from his father since he was a cinematographer too. He won an Emmy Award for his work. His father succumbed to prostate cancer in 2006. His mother was also diagnosed with cancer but fortunately, she survived. Andrew has three siblings; Meghan, Allison, and Juliet Glennon.

Andrew came to prominence after he was sported kissing Amber Portwood. Their relationship started back in August 2017. They met on the set of Marriage Boot Camp with Amber as a cast member and Andrew as part of the camera crew. Just three months into their relationship, the two found out that they were expecting their son.

James was born on May 8, 2019. However, their relationship went sour when they had a heated argument which led to their break up. The fight led to Ambers arrest after Andrew called the police on her for physical violence. Andrew was got full custody of their son James.

Glennon is a cinematographer known for his work on multiple Takers, The Player, Silent Sea, The First Date, Kiss Kiss, Marriage Boot Camp, and U.Z.L.A. He started his career years ago and has managed to accumulate an impressive net worth of $1 million. He, however, gained attention after being spotted with 16 And Pregnant star Amber Portwood.

Glennon reportedly has an estimated net worth of around $1 million. He has been able to make his wealth from his career as a cinematographer.