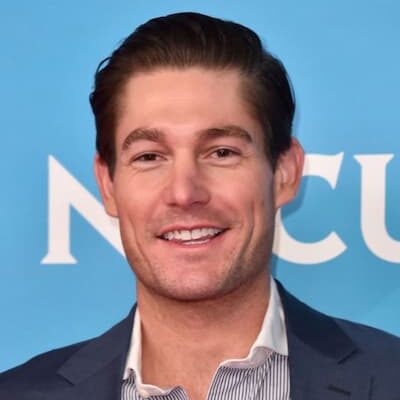 Born and raised in Fenwick Island, Craig Conover is an American reality tv star, author, and businessman. He is the co-founder and current CMO of Sewing Down South. He came to great prominence after starring on the reality tv show Southern Charm. Craig has also appeared on the 1st season of Winter House which premiered on October 20, 2021.

The reality star came into this world on the 8th of February, 1989m in Fenwick Island, Delaware, United States. He is aged 32 years as of 2021.

When it comes to appearance, the reality star gets high scores. He stands at a very attractive tall height of 6 feet 3 inches. His muscular body is proof that he regularly works out.

Craig hails from Fenwick Island, Delaware, United States. His parents are Martha Foster Conover, and Craig Conover. His father was a lacrosse player at Salisbury while his amazing mum was a gymnast. Craig’s brother Christopher Conover, is a footballer playing for Roanoke College.

Conover recently confirmed his relationship with fellow reality star Paige Desorbo in September 2021. It was during their co-stars’ wedding, Amanda Batula, and Kyle Cooke, that they laid to rest the speculations that they were dating by confirming the news.

Prior to this, Craig was in a striving relationship with Naomi Olindo fellow Southern Charm star. To prove how serious their relationship was, Craig even proposed to the beautiful lady on April 18, 2016. However, their engagement didn’t last long and they broke up in September 2017.

Conover was among the cast members that appeared on the 1st season of the reality tv show Winter House that premiered on October 20, 2021, on Bravo. The show follows some of the cast members from Southern Charm and Summer House as they vacation in Stowe, Vermont for two weeks with some of their friends.

His fame and recognition came after he appeared on the reality tv show Southern Charm. He made his first appearance on the show on March 3, 2014.  Prior to being a reality star, Craig had started paving a way for a career as a lawyer. He worked as a litigation assistant at Akim Anastopoulo Law Firm.

As an author, Craig is the writer of a book titled; Pillow Talk: What’s Wrong with My Sewing? Blake Dvorak contributed to the book. In the book, Craig details the events that led him to sew, a passion he has had since he was a boy.

Craig has an estimated net worth of $400, 000 which he has earned from his hard work in his line of work.