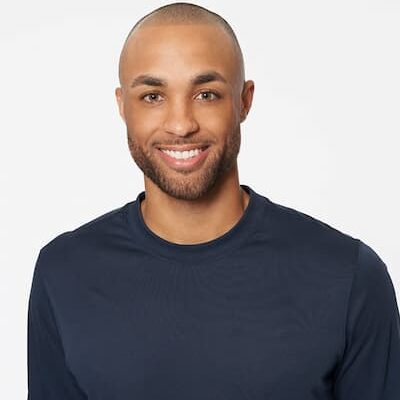 Originally from Minneapolis, Minnesota, Joe Coleman is an American reality tv star and real estate developer appearing on The Bachelorette. The show which is on its 18th season premiered on October 19, 2021. It stars Michelle Young, an elementary school teacher. Joe played basketball in college and high school.

Coleman is a 28-year-old man born on June 16, 1993. The Minneapolis-born reality tv star celebrates his birthday on the 16th of June every year.

Looks and appearances are two of the most important things for a reality star. And Coleman has it all. The Bachelorette contestant is a man of tall stature standing at a height not less than 6 feet. Being a basketball player, it is obvious that he would be of the estimated height. His athletic body is an indication that he frequently works out. He has beautiful brown eyes.

Coleman hails from Minneapolis, Minnesota, United States. Information about his parents and siblings is still under review. However, he has a nephew he was seen pictured with on the day of his graduation. The reality tv star went to the University of Minnesota when he got a scholarship.

When it comes to his personal life, not much is disclosed. Therefore information about his past relationships is unknown. However, it is known that the 28 year old is looking forward to build his life with a smart woman who is also caring and funny. He disclosed that he is ready to settle down and start a familt. Infact he wants to be a dad of three or four kids. He joined the bachelorette with the hopes of finding himself a “real one”.

Coleman got the chance to appear on the 18th season of The Bachelorette. The show premiered on the 19th of October 2021. He is one of the 30 eligible bachelors vying for the heart of beautiful Miss Young. Michelle Young is a 28 year old elementary teacher from Woodbury, Minnesota. She was a runner-up in the 25th season of The Bachelor starring Matt James.

In an interview, Coleman disclosed that he entered the reality show with hopes of finding himself a woman he can settle with and start a family. He wants to be a dad someday and hopes that she will also be ready to have children. He adds that he is looking for a smart, funny, caring woman.

Coleman started his basket ball career in high school. He was the captain for Hopkins High School basketball team.He led the team to three state championships. He was named Minnesota Mr. Basketball in his senior year. After graduating from hig school, he enrolled at the University of Minnesota on a schoolarship.

While in college, he played for the team in his freshman and sophomore years. He later transfered to Saint mary’s College of California. He played only one game in the the 2014-15 season. An injury led to his career ending. He graduated in 2016 with a degree in business.

The reality tv star’s net worth is estimated to be in the range of $500, 000 – $1 million. He is currently workings as a Property Development Manager at C&S Group LLC.