John Walsh is an American television host and victim rights, advocate. Walsh became famous after the abduction and murder of his son Adam Walsh. He is best known as the host of America’s Most Wanted at the  National Museum of Crime and Punishment. In addition, he is the anchor of an investigative documentary series called The Hunt With John Walsh.

He was born in 1945 to Mary Jean Callahan and John Edward Walsh. John grew up in New York in a traditional Irish Catholic home. Walsh was raised alongside his three siblings in their hometown.

In 1963, he graduated from Auburn’s Our Lady of Mount Carmel High School. He then attended Buffalo University in 1967, graduating with a Bachelor of Arts in history.

When he was done with college, John and his wife settled in Florida. While in Florida he got involved in building high-end luxury hotels. However, after the death of his son Adam, his career greatly transitioned into a television personality.

Adam was the name of their first child. On July 27, 1981, Adam was abducted and got murdered. As a result, Edward and Reve founded a nonprofit organization called the Adam Walsh Child Resource Centre. In 1983, John and Reve made an appearance in an NBC film dramatizing when Adam disappeared. Walsh then secured a deal with FOX and launched America s Most Wanted in 1988.

From 2002 to 2004, he hosted his own talk show, The John Walsh Show which aired on NBC AND affiliate stations. However, he was not able to host both his shows so he canceled the John Walsh Show. On an episode of America’s Most Wanted, John helped in the rescuing of Elizabeth Smart who had been kidnapped.

Afterward, he hosted another show, The Hunt with John Walsh on July 13, 2014, on CNN. The show was then replaced by In Pursuit With John Walsh which was aired on Investigation Discovery in January 2019. Moreover, Walsh is the spokesperson for the American digital multitasks network, Justice Network.

He is an American television personality, human and victim rights advocate, criminal investigator, and the creator of America’s Most Wanted. Walsh is believed to have a net worth of 20 million.

Adam was abducted on July 27 1981 and was mercilessly murdered. John and Reve had visited the Hollywood Mall together with their son Adam. Reve had left him at the toy department but when she returned, she could not find Adam several minutes later. According to police records, Adams severed head was found in a drainage canal 16 days after he disappeared.

The prime suspect in Adam’s abduction and murder was serial killer Ottis Toole. Another serial killer by the name of Jeffrey Dahmer was also a suspect in the murder case of Adam. However, on December 16 2008 the case was closed after Toole was officially identified as Adam’s killer. 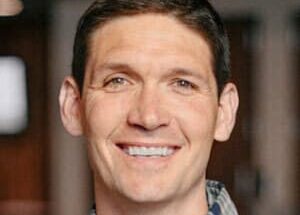