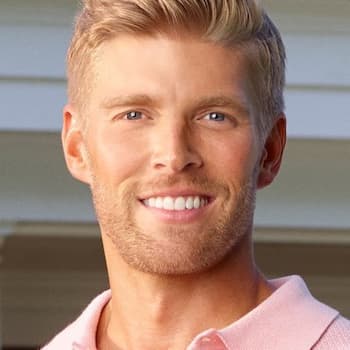 Looks and appearance are some of the things that Kyle is known for. The reality star stands at an approximated height of 5 feet 11 inches. When it comes to his body, he has an athletic body that appears younger than his actual age. He weighs about 80 Kgs. His perfectly groomed blonde hair goes perfectly with his blue eyes.

On to his family and childhood, Cooke grew up in Baltimore, Maryland.  Cooke’s parents are named Peter Cooke 77 years of age and Jane McGill Cooke. Kyle is, however, not his parent’s only child. He has been blessed with three siblings; Cory Cooke, Gaylan, and a brother whose name is not yet disclosed.

Kyle finally tied the knot to the love of his life and long-time girlfriend Amanda Batula on September 25, 2021. Their wedding had been postponed due to the pandemic. Their beautiful backyard wedding ceremony was held in Hillsborough, New Jersey.  The wedding was attended by some of their closest family members, friends, and of course their co-stars. Amanda also appears on the reality shows alongside Cooke.

In 2001, Cooke enrolled at Trinity College-Hartford where he graduated with a Bachelor of Arts in political science and architecture in 2006. He later joined Babson College – Franklin W. Olin Graduate School of Business. He graduated in 2011 with an MBA and Entrepreneurship.

As a successful entrepreneur, Cooke is the founder of Loverboy Inc. located in Greater New York City. He founded the company in June 2018 and in just about 4 years, he has seen the company gain immense growth.

In addition, he is the founder of FENIX an app that helps connect nutrition coaches and members for various things like; tips and motivation. He has previously worked for Birddogs as an advisor and partner, and ZocDoc as a director. In March 2011, Cooke founded Nightjockey a club in New York.

Cooke is currently enjoying his net worth of $1.1 million which he has earned from his successful businesses and from being a reality star.