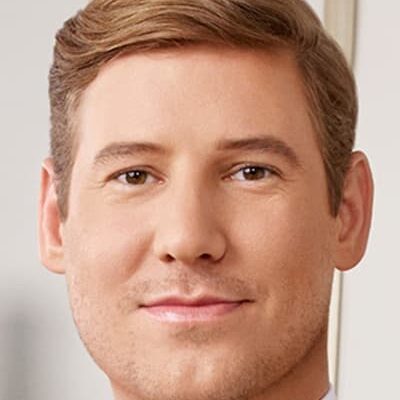 Born and raised in Washington D.C Austen Kroll is an American reality tv personality and craft beer expert. In fact, he has his own tropical-inspired beer called Trop Hop. The reality star gained more popularity after appearing on Bravo’s reality tv show Southern Charm. He now stars in Bravo’s Winter House which premiered on October 20, 2021.

The reality was born in Washington D.C where he also grew up. His parents are Wendy Kroll and Tom Kroll. He has, however, not disclosed information about what his parents do in terms of career. He is not his parents’ only child.

He has a younger sister named Katie Kroll. In 1994, in a tragic accident, his older sister Kyle Kroll lost her life. It was when the family was on a vacation that she fell off a cliff. Austen got to talk about the death of his sister at the premiere of the fourth season of Southern Charm.

Kroll has been in a previous relationship with Madison LeCroy a hairdresser and reality tv star. Their on-off relationship was fully aired on tv from season 6 of Southern Charm. The two had a bit of a hard relationship and finally decided to call it quits in season 7 of the show. It was during the Coronavirus pandemic that things went into a spiral. Kroll was also in a relationship with Chelsea Meissner a reality star too. They dated before he started a relationship with LeCroy.

Kroll is a beer expert who now has his own tropical fruit-inspired beer called Trop Hop. He is the owner and founder of Kings Calling Brewing Co. which also has merchandise. His merchandise includes hats, stickers, and sweatshirts. He launched his beer business on July 26, 2021.

Winter House premiered on October 20, 2021. Kroll is one of the stars from Southern Charm appearing on the show that’s caring on Bravo TV.  The show is on its first season and it follows the cast members as they vacation in Stowe, Vermont for two weeks. Kroll gained prominence after joining the cast of the fourth season of Bravo’s Southern Charm.

After graduating from the University of Alabama, he started work at The Ritz-Carlton Hotel Company as a banquet server in Colorado. He later moved to Madison, Wisconsin to work as a bar manager at Roast Public House.

He then got work as a Cellarman at Palmetto Brewing Company in Charleston, South Carolina. From there, Kroll moved to Marietta, Georgia as a sales manager at Red Hare Brewing Company. He now has his own beer Trop Hop.

Kroll has had a successful career to the point of owning his own brewing company Kings Calling Brewing Co. He also gets an income from his appearance on reality tv shows. However, detailed information about his net worth is still unavailable.