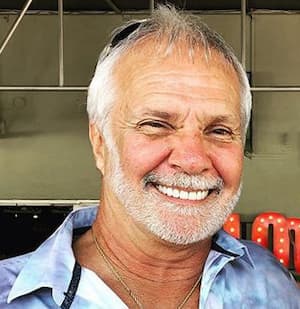 Originally from Michigan, Lee Rosbach is an American reality tv personality and captain. He has been yachting for the past 20 years. He appears on the reality tv Below Deck which is now on its 9th season. This season of the show premiered on October 25th, 2021. The show airs on Bravo TV.

The reality star is a man of average stature standing at an estimated height of 5 feet 10 inches. He weighs about 86 Kgs. At 72, Lee regularly works out and follows a good diet. He does this in order to maintain a healthy life.

Rosbach hails from Saginaw, Michigan where he lived most of his life. It being a landlocked area, Lee did not get any exposure in the Yachting industry. His father’s name is Harold Lee Rosbach. He died on July 9th, 2002. Rosbach has five siblings.

Rosbach has been married to his wife Marry Anne Rosbach for the longest time since 1975. The two have been touring together on the sea for the most part of their lives together. With each year, their love for each other increases. They also support and donate to fundraisers and charities together. Their marriage has been blessed with five children though one is already deceased, his son Joshua. His other children are Sherri Ryan, Glen, Sean, and Eric Rosbach.

Captain Lee’s Youngest son Joshua Rosbach died in July 2019. He at 42 died from an accidental overdose after struggling with addiction for about 20 years. Lee is now an advocate against drug addiction and raises more attention to the opioid crisis.

Captain Lee is one of the original cast members of the tv series Below Deck. The 9th season of the show premiered on October 25th, 2021. Ironically, for a man that loves the sea soo much, Lee was born and raised in landlocked Michigan. His love for yachting developed when he was working in the restaurant industry. He was a manager at Turks & Caicos.

A friend invited him over to go sailing for some extra cash and that was when he decided yachting was what was best for him. He earned his captain’s license at the age of 35. He started sailing and commanding since boats then. Captain Lee has spent over 20 years as a Yachter.

Captain Lee has made lots of money from his long career and of course, from appearing on the reality tv show Below Deck since its first season. His net worth is estimated to be in the range of $800, 000 – $1 Million.