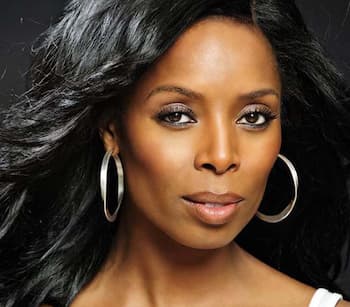 Tasha Smith born and raised in Camden, New Jersey is an American actress, director, and producer. She made her tv debut in 1996 after joining the cast of NBC’s comedy series Boston Common. Since then she has made appearances in multiple films and tv shows including; The Whole Ten Yards, Daddy’s Little Girls, The Longshots, Couples Retreat, and For Better or Worse.

At 50, the actress still has exceptional features and beauty. Her height measures 5 feet 7 inches(1.7 meters). She weighs about 58 Kgs (128 lbs). On to her body measurements, she measures 35-24-35 inches. Tasha has black hair and beautiful brown eyes.

Smith was born and raised in Camden, New Jersey. She was raised by a single mother. However, there is not much information about her mother and has never mentioned who her biological father might be. Tasha has an identical sister named Sidra Smith. She currently lives in Harlem. Tasha did not get to finish school after she dropped out of Camden High School.

Smith has an identical sister called Sidra Smith. Just like her sister, Sidra is also a producer, actress, and director.  The actress currently lives in Harlem, New York. There is, however, no further information about her personal life.

Tasha was previously married to Keith Douglas who was also her manager at the time. Douglas and Tasha dated for a year before they finally got married in December 2010. After 4 years of marriage, in 2014, Smith ordered a restraining order against her Douglas. Documents that were filed prior to her request for a restraining order accused Keith of having multiple affairs. In December 2015, their marriage was annulled on the basis of fraud committed by Keith.

Smith does not have any children yet. She has always loved Kids though. While she was married to her ex-husband, she played the step-mom role to both of his kids.  Tasha has also not disclosed any information about plans to get kids in the future.

Smith made her film debut in the 1994 comedy film Twin Sitters and her tv debut in the NBC comedy series Boston Common in 1996. In 1997, she joined the cast of The Tom Show on The WB. In 2000 she played a drug addict in the HBO miniseries The Corner. She went on to appear in other tv shows and films including; The Parkers, Without a Trace, Nip/Tuck, Playas Ball, The Whole Ten Yards, ATL, and Girlfriends.

In 2007, she played the role of Jennifer Jackson in the romantic comedy-drama film, Daddy’s Little Girls. She had a supporting role in the 2009 film Couples Retreat. Tasha played the role of a psychotherapist in the 2014 film Addicted. The same year, she joined the cast of drama series Empire as Carol Hardaway, Cookie Lyon’s younger sister.

In 2015, she began her career as a director in the short film Boxed in. The film premiered at the 19th Annual American Black Film Festival. She has since then directed films and tv shows like; When Love Kills: The Falicia Blakely Story, BET drama anthology series Tales, and episodes of Star, 9-1-1, and Black Lightning.

On to her financial status, the actress has an estimated net worth of $2 million. She has had a long successful career which she has worked hard for.