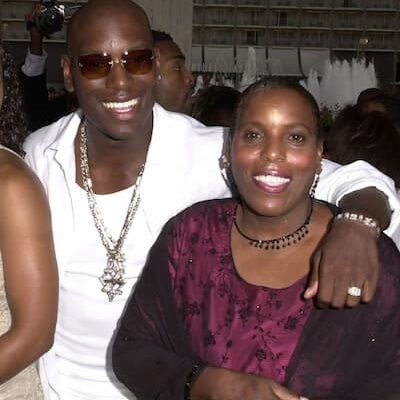 Priscilla Murray Gibson was best recognized as the mother of singer and actor Tyrese Gibson. Murray died on February 14, 2022. Her sad death came after complications related to Covid-19 and Pneumonia.  She had been in a coma in the ICU for several days. Gibson shared the sad news about her death on his Instagram account with a sad post.

As of when she was born, this information is currently unavailable. Gibson was, however, in her 70s at the time of her death.

Her story was detailed in Cynthia Banks’ book, Drunk For 27 Years. She was able to overcome her addiction through an Alcoholic center in California and her children too. She was sober since 23, 2006.

Gibson’s younger son is Tyrese Gibson an actor and singer. She gained media attention after his debut studio album was released in 1998. One of the singles in his album was “Sweet Lady” which peaked at number twelve on the U.S. Billboard Hot 100.

Tyrese made sure his fans got to know his mother’s condition while at the hospital through regular posts.  He also shared the devastating news of her death through a long post on his Instagram account.

Tyrese shared the news of his mother’s admission to the hospital on February 6, 2022. She had been in a coma in the ICU for several days before her death on February 14, 2022.  Her sad death came after complications related to Covid-19 and Pneumonia.

Upon her death, Tyrese shared the news on his Instagram account stating: “On behalf of my family and everyone who ever spent any time praying for my mother This is the saddest moment of my life………. My sweet Valentine just passed away…..” Tyrese captioned a video of him holding his mother’s hand. “May the Lord Jesus Christ and his angels open the doors of heavens and embrace her………. We as a family are broken and just can’t believe this……. May the lord Jesus Christ honor your walk with him and embrace you into the heavens……. From here on I ask that you HOLD MY HAND MOTHER and never let my hand go………. Like you held my hand as a child and a teen never let my hand go mother…..”