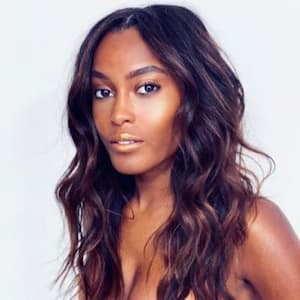 Born and raised in Atlanta, Ciara Miller is an American reality television personality and travel nurse. She gained much prominence after appearing on Bravo’s reality tv show Summer House season 5. She now stars in the reality tv show Winter House.

Miller came to this world on the 24th of December, 1995, in Atlanta, United States. The reality tv personality known for Summer House is aged 25 years.

Beautiful might be an understatement for Miller is extremely gorgeous and stands at an approximated height of 5 feet 8 inches which is 1.72 meters. She has a slim beautiful figure. However, her body measurements are currently unavailable.

Miller calls Atlanta home because it’s where she was born and raised. Her discrete nature does not allow her to talk about her family, therefore, information about her parents and siblings is still under review. Hopefully, she will disclose this information so it can be updated.

When it comes to her love life, the reality star is very secretive about it. In fact, she has not disclosed anything that might link her to a past love interest or ex-boyfriend. Currently featuring in the reality tv show, Miller is sparking some romance with fellow tv star Austen Kroll.

Miller is a well-educated woman. She attended Chamberlain College of Nursing where she was able to graduate with a bachelor of science in nursing in 2018.

Ciara is currently starring in the reality tv show Winter house airing on Bravo. The show premiered on October 20, 2021, featuring cast members from previous seasons of “Summer House” and “Southern Charm”.  The cast members including Lindsay Hubbard, Austen Kroll, and Kyle Cooke get to go on a two-week vacation in Stowe, Vermont.

Ciara came to light after joining the cast members of the 5th season of Summer House. The show premiered on Bravo in February 2021. She first came in as the friend of Luke Gulbranson. During the coronavirus breakout, Ciara was on the frontlines helping as an ICU nurse. She is currently working at Aya Healthcare since March 2020. She has previously worked at Piedmont Atlanta Hospital and Greenville Health System as a Patient Care Technician.

Miller is a fast-rising star also excelling in her career as a nurse therefore she is making good money. However, she is yet to disclose information about her finances and net worth. She is however estimated to be about $1 million – $5 million rich.