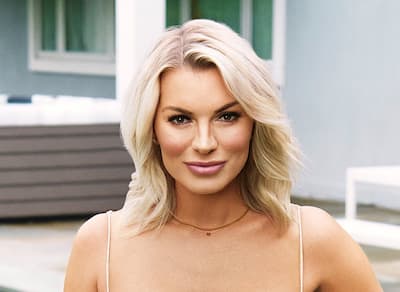 Born and raised in New York City, New York, Lindsay Hubbard is an American reality tv personality and the president of Hubb House Public Relations Firm. She came into prominence after appearing on the reality tv show Summer House on Bravo.

She is one of the original cast members from season one of the show. Lindsay has also appeared on the reality show Winter House which premiered on October 20, 2021.

You would mistakenly think that the 35-year-old reality star is in her 20s because of her amazing looks. Her height measures 5 feet 3 inches and is of moderate body size. Her hair is wavy and blonde.

The reality star was born in New York City, New York where she still calls home. Despite the fact that she has not mentioned her parents’ names, she is very close to them especially her dad who she frequently mentions. She is not her parents’ only child since she has a brother named Brandon Hubbard. Brandon is in the military.

Lindsay has had one of the most publicized romantic life on the show compared to other cast members. In season 1 of the show, she started dating Everett Weston. That was in 2017. Unfortunately, their relationship did not last and they broke up. She later started romantic relations with Peyman which ended by the end of summer.

Currently, Lindsay is sparking a new romantic relationship with Austen Kroll in this season of Winter House.  She even declared to him that she was in love with him.

Beautiful and smart are two of the best characters that Lindsay has. She went to the University of Florida where she graduated in 2008.

Lindsay has appeared on the 1st season of Winter Season alongside fellow cast members including; Austen Kroll, Kyle Cooke, Craig Conover, and Ciara Miller. The show made its premiere on the 20th of October, 2021. The cast members together with their friends get to vacation at Stowe, Vermont.

Lindsay is one of the original cast members of the first season of Summer House. The show premiered on Bravo in 2017.  She has appeared on all 5 seasons of the show. Aside from that, Hubbard is the president of her own company Hubb House Public Relations Firm. Prior to opening her own firm, she worked at Escape media and Coburn Communication.

As of 2021, Lindsay’s net worth is estimated to be $1.1 million. Being one of the original cast members of Summer House, it is obvious that she would such an impressive net worth.