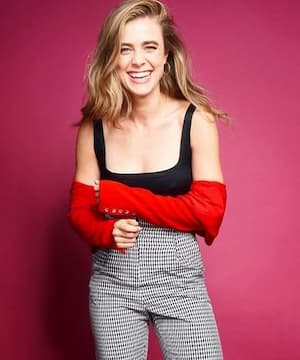 A native of Vancouver, Melissa Roxburgh is a Canadian actress. She is popular for appearing as Rachel Lewis in the 2011 film Diary of a Wimpy Kid: Rodrick Rule. She played a different role in the film’s sequel  Diary of a Wimpy Kid: Dog Days in 2012. Her other credits include; Star Trek Beyond, The Marine 4: Moving Target, and the NBC tv series Manifest.

Roxburgh stands at an average height of 5 feet 5 inches (1.65 meters). Her weight measures approximately 55 Kgs (121 lbs). Her body measurements are approximately 32A, 25-33 inches. Melissa’s blonde hair and blue eyes are some of her distinctive features.

Melissa was born in Vancouver, British Columbia, Canada where she was also raised. Her mother Shelley is a British retired professional tennis player while her father is a Canadian pastor. Her father is originally from Chicago, United States. Melissa’s parents moved from the United States to Canada and founded a church in Vancouver. This makes Melissa a dual citizen of Canada and the United States. Roxburgh has three siblings; two sisters Kristie and Ashley and brother Matt Roxburgh.

In 2011, Roxburgh was cast as Rachel Lewis in the comedy film Diary of a Wimpy Kid: Rodrick Rules. Her character is one of the girls at Rodrick’s( which is played by Devon Bostick) house party. The film is based on Jeff Kinney’s 2008 book of the same name.  In 2012, Melissa was cast to play a different role in the film’s sequel Diary of a Wimpy Kid: Dog Days. She played the role of Heather Hills.

Melissa landed the role of detective Michaela Stone in NBC’s supernatural drama television series Manifest. The tv series premiered in 2018. It follows passengers and crew members of a commercial airliner who reappeared five years after their flight went missing. Roxburgh has also appeared in films and tv shows like; Big Time Movie, Leprechaun: Origins, Star Trek Beyond, Bloodlines, and Thea in The CW’s drama series, Valor.

In 2016, Roxburgh was cast to play the role of Ensign Syl in the space-opera film Star Trek Beyond. The film also starred  Zoe Saldana, Simon Pegg, Chris Pine, Zachary Quinto, Karl Urban, and John Cho. Star Trek Beyond is the 13th film released in the Star Trek franchise. It was written by Simon Pegg and Doug Jung and directed by Justin Lin.

As of 2021, Roxburgh is estimated to have a net worth of $1 million. She has been able to acquire her impressive net worth from her acting career. 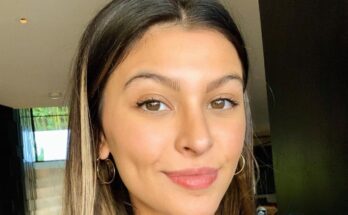 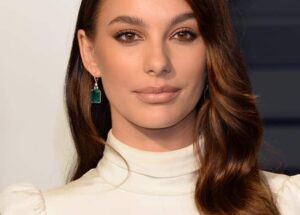 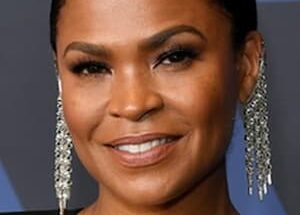